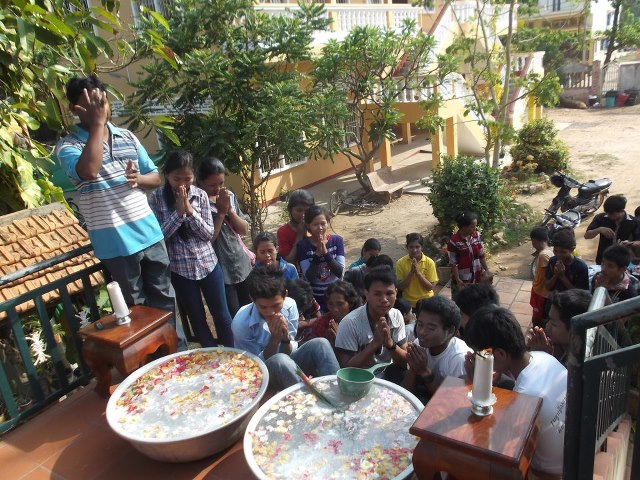 Thanks to Jesuit Brother Amalan Thainase, we have news from Sisophon. 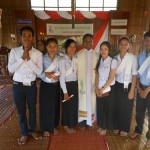 Congratulations to six young people  baptized on Easter Sunday. We send them our love and prayers.

Blessing of  houses is traditional at  Khmer New Year. 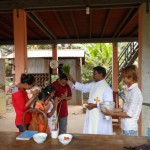 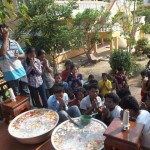 The second picture shows the ‘blessing of the old’also a traditional part of Khmer New Year. Young people bless their older relatives and thank them for their love and good example.

Also at Khmer New Year, the students at the church prepared 1000 food parcels  and distributed them at the regional hospital and Svay Prison.  Brother Amalan writes:

“We had lovely, emotive and touching experiences in both the places. In the prison we went cell by cell to meet and greet and had a chat with them.  And in the hospital 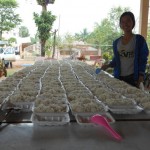 too we met and greeted the sick and consoled them promising our fervent prayers for them  to get well soon. All this was possible due to the timely economic help by Sister Lucia & Brother Michael”

May 7th is the anniversary of the martyrdom of Bishop Tep Im Sotha, 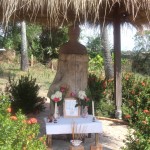 murdered by the Khmer Rouge in 1975 at a site 5 miles outside Svay Sisophon. Known as ‘The Land of the Martyrs’, the site now has a shrine to the memory of Tep Im and each year the community gathers for the celebration of Mass and to offer incense for the repose of his soul. The students have been busy preparing:  you can see a video of their efforts at www.aylshamworldwide.org. The temperature was apparently over 40c when the video was taken  a week ago!!!

People often say ” Cambodia is such a beautiful country and the people look so happy”. Yes, that is indeed true but the smiles hide a harsh reality of life.  For example, two weeks ago, in one of the rural 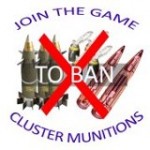 villages near Svay, a landmine explosion resulted in a young boy losing his leg. This kind of accident is all too common in Cambodia, the third most-landmined country in the world.

We use cookies on our website to give you the most relevant experience by remembering your preferences and repeat visits. By clicking “Accept All”, you consent to the use of ALL the cookies. However, you may visit "Cookie Settings" to provide a controlled consent.
Cookie SettingsAccept All
Manage consent

This website uses cookies to improve your experience while you navigate through the website. Out of these, the cookies that are categorized as necessary are stored on your browser as they are essential for the working of basic functionalities of the website. We also use third-party cookies that help us analyze and understand how you use this website. These cookies will be stored in your browser only with your consent. You also have the option to opt-out of these cookies. But opting out of some of these cookies may affect your browsing experience.
Necessary Always Enabled
Necessary cookies are absolutely essential for the website to function properly. These cookies ensure basic functionalities and security features of the website, anonymously.
Functional
Functional cookies help to perform certain functionalities like sharing the content of the website on social media platforms, collect feedbacks, and other third-party features.
Performance
Performance cookies are used to understand and analyze the key performance indexes of the website which helps in delivering a better user experience for the visitors.
Analytics
Analytical cookies are used to understand how visitors interact with the website. These cookies help provide information on metrics the number of visitors, bounce rate, traffic source, etc.
Advertisement
Advertisement cookies are used to provide visitors with relevant ads and marketing campaigns. These cookies track visitors across websites and collect information to provide customized ads.
Others
Other uncategorized cookies are those that are being analyzed and have not been classified into a category as yet.
SAVE & ACCEPT
Powered by